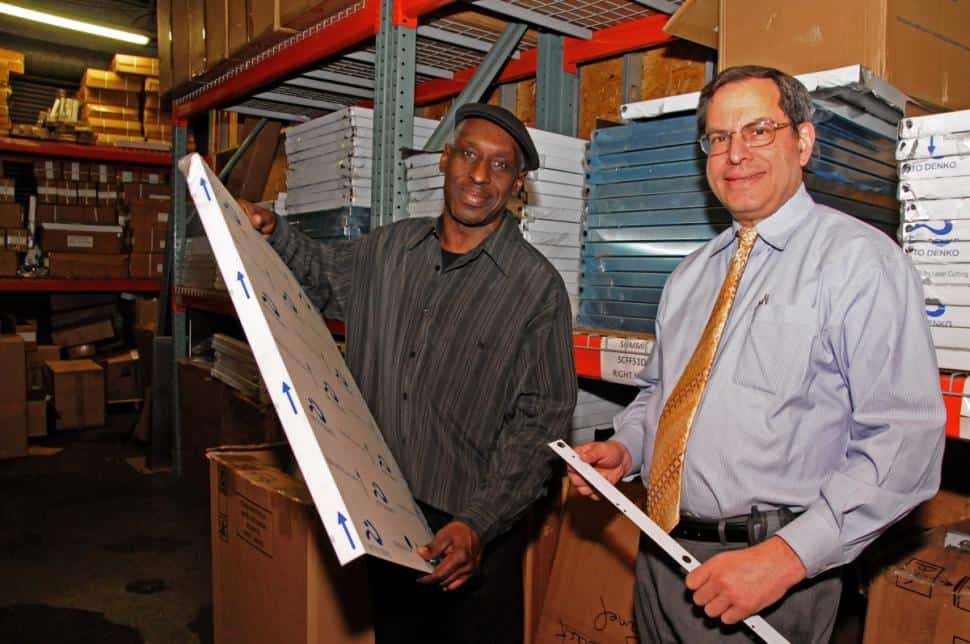 Over the last two years, Felix Storch Inc. a family-owned refrigerator and stove supplier in Hunts Point, has tapped 28 homeless and at risk New Yorkers. Half are veterans.

Placed in entry level shipping, warehouse and production jobs, the Felix Storch hires earn above-minimum wage pay, receive benefits and a get a chance to move up in the company.

The workers have been hand-picked by Jericho Project, a midtown Manhattan-based nonprofit that provides supportive housing, employment counseling and other services to the homeless.

Jericho offers workshops and job training sessions, prescreens workers before making a recommendation and stays in touch with the company to see if the hires make a good fit. That’s translated into a more stable entry level workforce for Felix Storch.

Jericho is “telling us these people have fundamental work and life skills,” Felix Storch CEO Paul Storch told the Daily News. “They are coaching them to be successful.”

“Entry level turnover is a problem,” he added. “This gives us a higher likelihood that the people will come to work and stay in the job.”

The arrangement has been a life-changer for Aaron Jenkins, 54.

Jenkins, an army veteran, was a construction worker before an accident put him out of work several years ago.

After splitting with his wife, he found himself homeless and taking odd handyman jobs.

“This gives us a higher likelihood that the people will come to work and stay in the job.”

Jenkins attended a veterans employment event and met a rep there from Jericho. After taking some classes at Jericho, including computer lessons, he was sent on a job interview at Felix Storch.

Two years ago, he was hired as a mechanic with an entry level salary of $8.50 an hour. Since then he’s been promoted to inventory clerk and now earns $12 an hour.

Along the way, Jenkins moved to his own apartment in Jamaica, Queens. For the first time, he’s now saving for retirement in a 401(k) account.

“At the end of the month, I am supposed to get another raise,” Jenkins told the News. “I would like to retire from here.”

Jericho has placed workers with other employers, but Felix Storch is by far its biggest success story.

The economic downturn has made securing jobs for the homeless all the more challenging in recent years.

In the meantime, the ranks of the homeless in the city have reached the highest levels since the Depression.

Each night more than 60,000 people, including more than 22,000 children, experience homelessness, according to the Coalition for the Homeless.

“There is a perception out there that homeless people aren’t able to be employed,” said Jericho Project’s executive director Tori Lyon. “We have shown they can be good employees.”