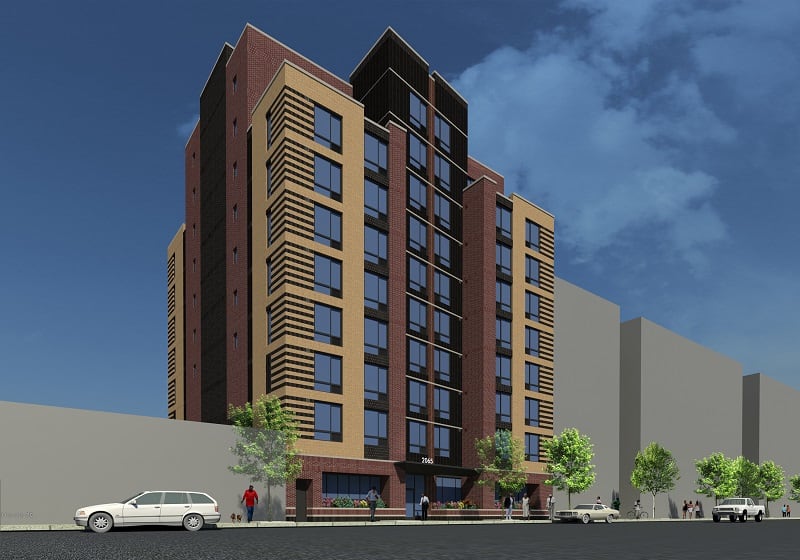 This piece was originally published in Commercial Property Executive

The City of New York is hell-bent on ending homelessness in the five boroughs by the end of 2015, and 2065 Walton Ave. brings it closer to reaching its goal.

The NYC Department of Housing Preservation and Development (HPD), together with the Mayor’s Office of Veterans’ Affairs, announced the start of construction on 2065 Walton Ave. in the West Bronx, an 89-unit affordable housing development that targets formerly homeless veterans and at-risk young adults. The project is the result of a collaboration between a number of entities, including The Jericho Project and B & B Supportive.

The project is part of Mayor Bill de Blasio Administration’s Housing New York: A Five-Borough, 10-Year Housing Plan, the most comprehensive affordable housing plan in the city’s history. Multiple corporations and organizations showed their support for the project; Citi made a $40,000 contribution, The Home Depot Foundation donated $500,000, while Bank of America Merrill Lynch provided $17.6 million in debt and tax credit in support of 2065 Walton Ave.

The 10-story building at 2065 Walton will incorporate 56 apartments for homeless veterans referred by the Bronx VA Medical Center, as well as 33 apartments that will serve young adults ages 18-25 from the Bronx Community Board 5, via referrals from BronxWorks, Covenant House and other local non-profit groups. The project will direct special attention towards the LGBT homeless youth population, according to Gilbert Taylor, NYC Department of Homeless Services Commissioner.

“We are committed to ending both veteran homelessness by the end of this calendar year and protecting LGBT youth on the brink of homelessness, and we are proud to collaborate with the Jericho Project initiative whose daily work provides supportive services and affordable housing for homeless veterans and LGBT youth,” said Taylor.