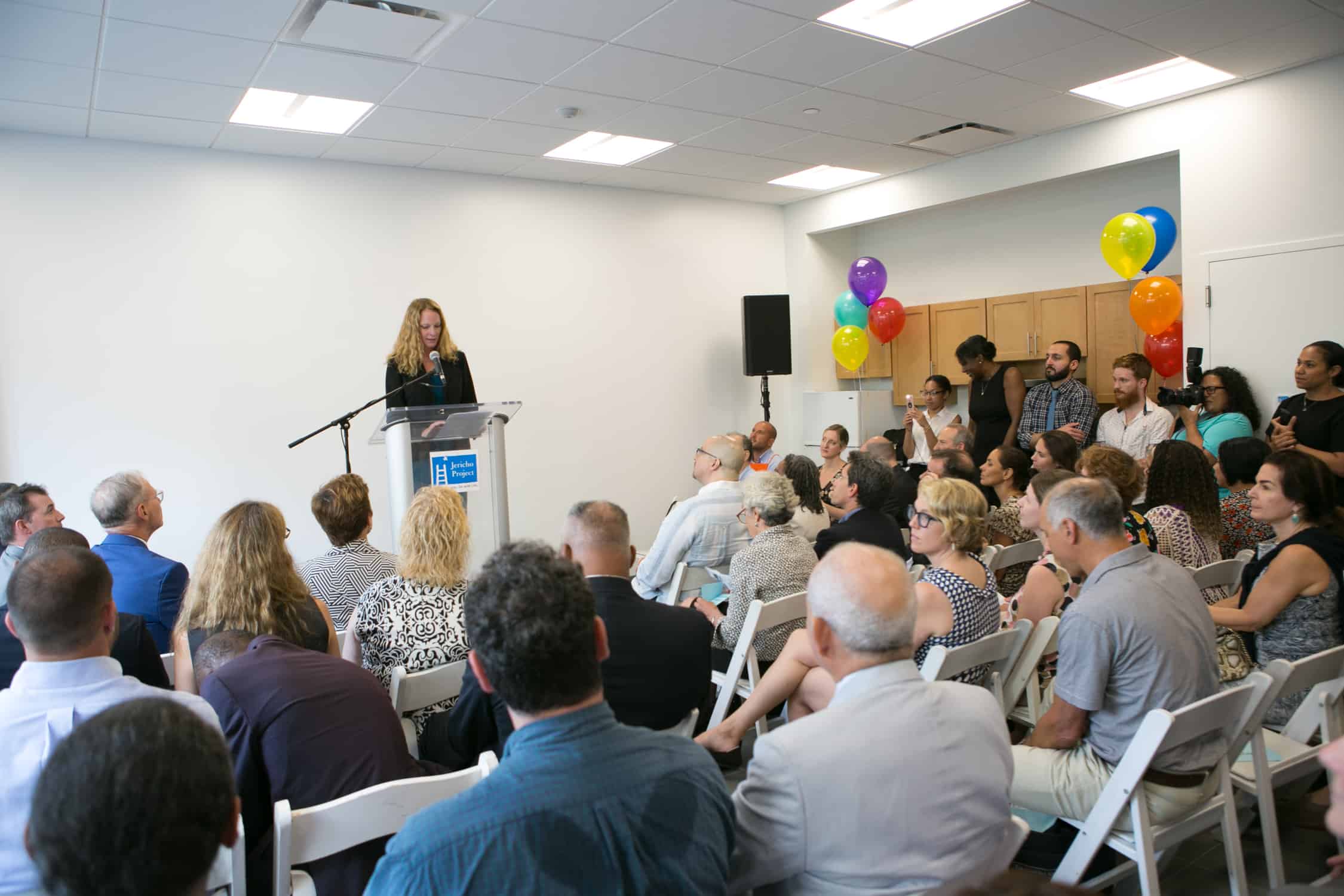 A Message From Tori Lyon, CEO 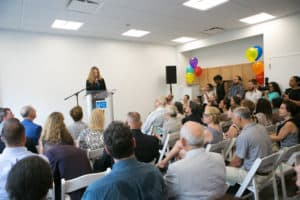 At Jericho Project, we have long believed in the power of community, inclusivity and togetherness – both in the programs and residences we operate and within our workplace culture. These are indeed the principles on which our organization was founded back in 1983, and they will forever remain tenets within our overarching mission to end homelessness. However, it has become painfully clear that we as an organization must acknowledge that there is so much more to be done to achieve the equality we so regularly reference as a fundamental right of each human being.

Last week, a video surfaced showing a horrific event. For 8 minutes and 46 seconds, a white police officer knelt on the neck of an unarmed black man who, for the entirety of that time, pleaded for his life and begged for his mother until his final breaths escaped his lungs. Onlookers implored the officers’ partners to intervene, but they did nothing. George Floyd was a father, a son, a brother and a friend. He was also a Black person in America, and because of this, he was murdered at the hands of those we have charged with keeping us safe.

Jericho Project stands in solidarity with all of our Black and Brown brothers and sisters fighting for equal rights and opportunities but who year after year are continuously subjected to the ills and injustices of a society that perpetuates the inequitable distribution of wealth, power and common respect and decency for ALL. Systemic racism is real. And while the emotions behind these words are also real, mere words are not enough. The time for action is now. In the words of Henry David Thoreau, “Let your life be a counter-friction to stop the machine. What I have to do is to see, at any rate, that I do not lend myself to the wrong which I condemn. Government in which the majority rule in all cases cannot be based on justice, even as far as men understand it.”

And so we too must act. The first step we are taking is to create a safe forum in which our staff and clients can express their thoughts and feelings. While it is important for all of us to speak up, it is equally important to listen with an open heart and to know that you are being heard. Additionally, we have begun sharing resources to promote education and responsible action around racial inequality. Jericho is committed to working with our clients, staff, Board of Directors, supporters, and other stakeholders to begin and continue this dialogue. Stay tuned to hear more about what Jericho is doing to address racial inequality head on.

To those in our community who have not been compelled to speak out or to stand up in solidarity, perhaps you can be moved to do so. The time to stay informed, active, prepared and to take care of each other is now.

With all my love and respect,