91-Unit Residence Will Include Our First Housing for Young Adults 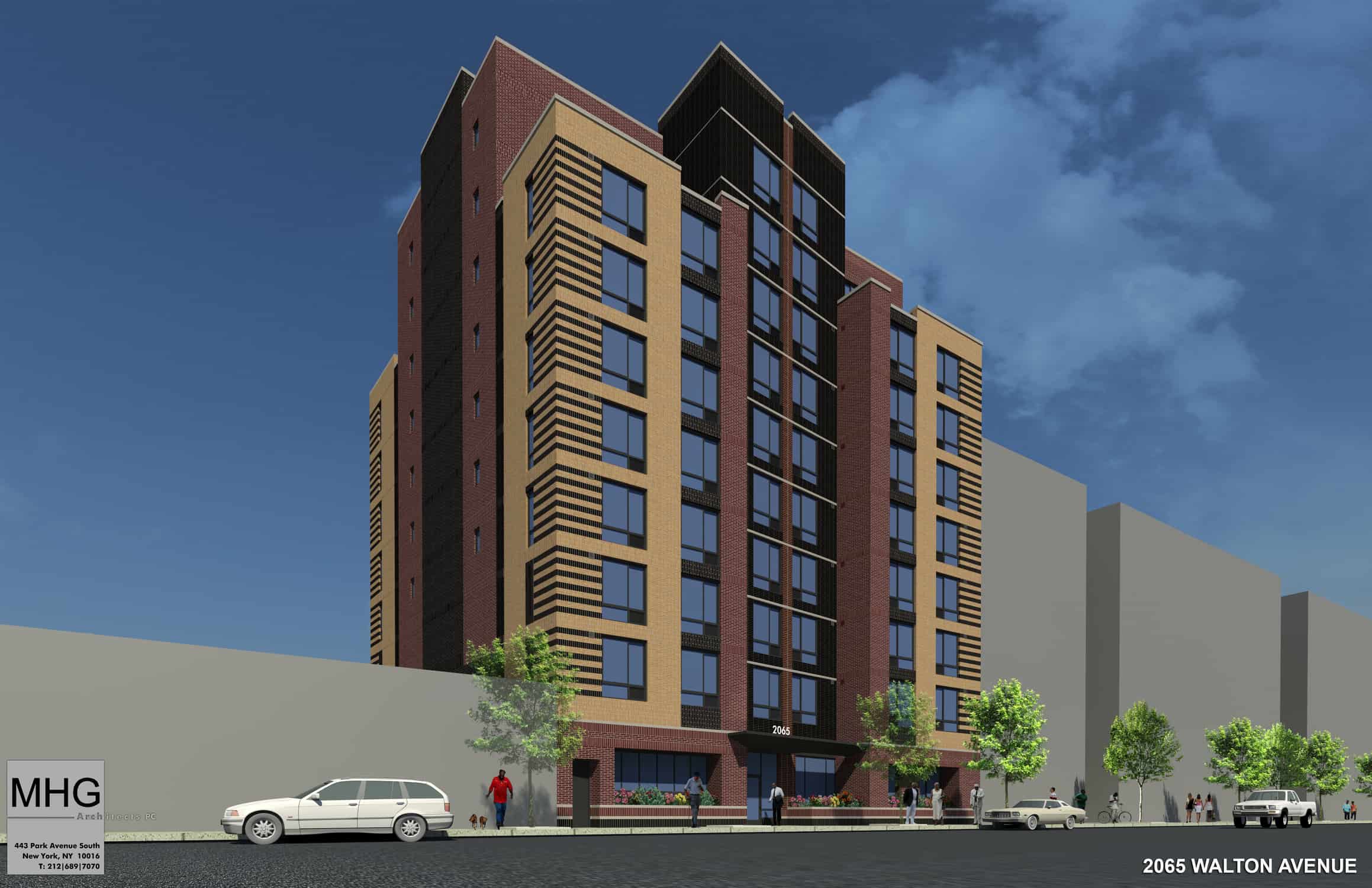 Jericho Project hopes to open a new supportive housing residence for homeless veterans and youth at 2065 Walton Avenue in the Bronx. Approximately 60% of the units will be allocated to veterans and 40% to young adults, with preference given to members of the local Bronx community. Jericho is working with B & B Supportive LLC on this project, and it forms a significant piece of our ongoing efforts to provide housing and vital services to vulnerable New Yorkers.

As the crisis of homelessness in New York City increases in magnitude, Jericho Project continues to respond with programs to help growing underserved populations of homeless New Yorkers. In 2007, Jericho spotted the emerging problem of veteran homelessness and acted in concert with state and federal authorities to provide housing and services to returning servicemen and women. The proposed Walton Avenue residence is a further step to fulfilling federal and state commitments to end veteran homelessness by 2016. Now, Jericho is also responding to the rising number of homeless and at-risk youth with our new Youth Initiative.

The National Alliance to End Homelessness estimates that there are more than 170,000 homeless young adults in the United States, including upwards of 7,500 in New York City. Jericho’s program to provide services tailored to young adults will begin in fall 2014, and the centerpiece will be the Walton Avenue residence in the West Bronx, which we plan to complete by late 2016. Our young adult programs will assist individuals who are homeless or at risk of homelessness aged 18 to 25, with a special focus on supporting Lesbian, Gay, Bisexual, Transgender, and Questioning (LGBTQ) youth. This particularly vulnerable group is more likely to be homeless and to suffer from depression, substance abuse, and violence.