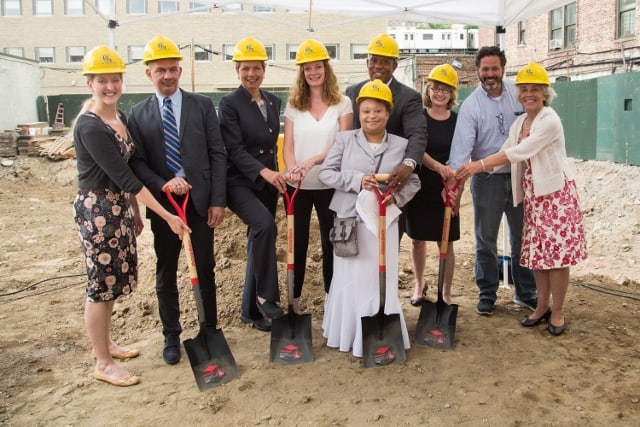 This piece was originally published in Norwood News

The Jericho Project, a not-for-profit group aiming to ease homelessness among the country’s veterans, broke ground for its latest veterans-only supportive housing on July 7. A total of 89 apartments will be available for veterans at 2065 Walton Ave. in Burnside–56 for veterans referred by the Bronx VA Medical Center and 33 for young adults ages 18-25 from Bronx Community Board 5, via referrals from  BronxWorks, Covenant House, and other local non-profit organizations that work with young adults in need. Officials said they’ll also place a heavier focus in offering housing to veterans of the LGBT community.

The project is aligned with Mayor Bill de Blasio’s Housing New York initiative, which looks to create more affordable housing options in New York City over the next decade. At a July 13 news conference in the Bronx, de Blasio announced a record-breaking number of new affordable housing in the city, with a total of 4,981 units either preserved or built in the city, according to the city’s figures.